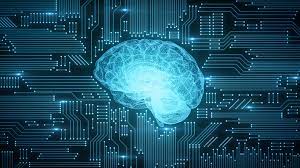 Artificial Intelligence (AI) is the simulation of human intelligence processes by machines, especially computer systems. AI is a wide-range branch of computer science concerned with building smart machines capable of performing tasks that typically require human intelligence. AI is an interdisciplinary science with multiple approaches, but advancements in machine learning and deep learning are creating a paradigm shift in virtually every sector of the tech industry.

How does Artificial Intelligence work?

AI works by combining large amount of data with fast iterative processing and intelligent algorithms, allowing the software to learn automatically from patterns or features in the data. AI is a broad field of study that includes many theories, methods and technologies.

This aspect of AI programming focuses on acquiring data and creating rules for how to turn the data into actionable information. The rules, which are called algorithms, provide computing devices with step-by-step instructions for how to complete a specific task.

This aspect of AI programming focuses on choosing the right algorithm to reach a desired outcome.

This aspect of AI programming focuses on choosing the right algorithm to reach a desired outcome.

Advantages and Disadvantages of AI.

The advantages of Artificial intelligence applications are enormous and can revolutionize any professional sector. Let’s see some of them

The phrase “human error” was born because humans make mistakes from time to time. Computers, however, do not make these mistakes if they are programmed properly. With Artificial intelligence, the decisions are taken from the previously gathered information applying a certain set of algorithms. So errors are reduced and the chance of reaching accuracy with a greater degree of precision is a possibility.
Example: In Weather Forecasting using AI they have reduced the majority of human error.

2) Takes risks instead of Humans:

This is one of the biggest advantages of Artificial intelligence. We can overcome many risky limitations of humans by developing an AI Robot which in turn can do the risky things for us. Let it be going to mars, defuse a bomb, explore the deepest parts of oceans, mining for coal and oil, it can be used effectively in any kind of natural or man-made disasters.
Example: Have you heard about the Chernobyl nuclear power plant explosion in Ukraine? At that time there were no AI-powered robots that can help us to minimize the effect of radiation by controlling the fire in early stages, as any human went close to the core was dead in a matter of minutes. They eventually poured sand and boron from helicopters from a mere distance.
AI Robots can be used in such situations where intervention can be hazardous.

An Average human will work for 4–6 hours a day excluding the breaks. Humans are built in such a way to get some time out for refreshing themselves and get ready for a new day of work and they even have weekly offed to stay intact with their work-life and personal life. But using AI we can make machines work 24x7 without any breaks and they don’t even get bored, unlike humans.
Example: Educational Institutes and Helpline centres are getting many queries and issues which can be handled effectively using AI.

In our day-to-day work, we will be performing many repetitive works like sending a thanking mail, verifying certain documents for errors and many more things. Using artificial intelligence we can productively automate these mundane tasks and can even remove “boring” tasks for humans and free them up to be increasingly creative.
Example: In banks, we often see many verifications of documents to get a loan which is a repetitive task for the owner of the bank. Using AI Cognitive Automation the owner can speed up the process of verifying the documents by which both the customers and the owner will be benefited.

Some of the highly advanced organizations use digital assistants to interact with users which saves the need for human resources. The digital assistants also used in many websites to provide things that users want. We can chat with them about what we are looking for. Some chatbots are designed in such a way that it’s become hard to determine that we’re chatting with a chatbot or a human being.
Example: We all know that organizations have a customer support team that needs to clarify the doubts and queries of the customers. Using AI the organizations can set up a Voice bot or Chatbot which can help customers with all their queries. We can see many organizations already started using them on their websites and mobile applications.

Using AI alongside other technologies we can make machines take decisions faster than a human and carry out actions quicker. While taking a decision human will analyze many factors both emotionally and practically but AI-powered machine works on what it is programmed and delivers the results in a faster way.
Example: We all have played Chess games in Windows. It is nearly impossible to beat CPU in the hard mode because of the AI behind that game. It will take the best possible step in a very short time according to the algorithms used behind it.

Daily applications such as Apple’s Siri, Window’s Cortana, Google’s OK Google are frequently used in our daily routine whether it is for searching a location, taking a selfie, making a phone call, replying to a mail and many more.
Example: Around 20 years ago, when we are planning to go somewhere we used to ask a person who already went there for the directions. But now all we have to do is say “OK Google where is Visakhapatnam”. It will show you Visakhapatnam’s location on google map and the best path between you and Visakhapatnam.

AI is powering many inventions in almost every domain which will help humans solve the majority of complex problems.
Example: Recently doctors can predict breast cancer in the woman at earlier stages using advanced AI-based technologies.

As every bright side has a darker version in it. Artificial Intelligence also has some disadvantages. Let’s see some of them

As AI is updating every day the hardware and software need to get updated with time to meet the latest requirements. Machines need repairing and maintenance which need plenty of costs. It’ s creation requires huge costs as they are very complex machines.

AI is making humans lazy with its applications automating the majority of the work. Humans tend to get addicted to these inventions which can cause a problem to future generations.

As AI is replacing the majority of the repetitive tasks and other works with robots, human interference is becoming less which will cause a major problem in the employment standards. Every organization is looking to replace the minimum qualified individuals with AI robots which can do similar work with more efficiency.

There is no doubt that machines are much better when it comes to working efficiently but they cannot replace the human connection that makes the team. Machines cannot develop a bond with humans which is an essential attribute when comes to Team Management.

5) Lacking Out of Box Thinking:

Machines can perform only those tasks which they are designed or programmed to do, anything out of that they tend to crash or give irrelevant outputs which could be a major backdrop.

These are some advantages and disadvantages of Artificial Intelligence. Every new invention or breakthrough will have both, but we as humans need to take care of that and use the positive sides of the invention to create a better world. Artificial intelligence has massive potential advantages. The key for humans will ensure the “rise of the robots” doesn’t get out of hand. Some people also say that Artificial intelligence can destroy human civilization if it goes into the wrong hands. But still, none of the AI applications made at that scale that can destroy or enslave humanity.